POSTCARDS FROM THE EDGES

“Racism is a Global Issue”

In 2019 I met Caroline Broadhead in a Workshop she held at Taller Eloi, later that year she invited us to take part of her project “Postcards from the Edges.” We had to create a piece to wear from a postcard she gave us randomly. Her curatorial statement reads: “A postcard used to connect people from far away, a miracle of human management and organisation which (mostly) gets a small piece of paper to a particular person on another continent for a small summ. (…) Nowadays the postcard is almost defunct, with social media and the possibilities of instant contact taking over.”

My assigned postcard was a portrait of Edward Enninful, current chief editor of British Vogue. In the course of doing the project, George Floyd was murdered at the hands of Minneapolis police officers. In response to this situation, Enninful wrote an editorial note titled: “Racism is a Global Issue”, in which he talked about how he had to deal with a lifetime of suffering as a black and gay man. He felt for years that his life was disposable and not valuable.

I decided to take his words because they resonated inside me. The way he described how some lives are more valuable than others, and how our differences still nowadays makes us feel apart, no matter how much you have accomplished or what job you have. That’s why I chose this silhouette of the most iconic Bvlgari necklace to question which are the social values and who defines them.

RACISM IS A GLOBAL ISSUE 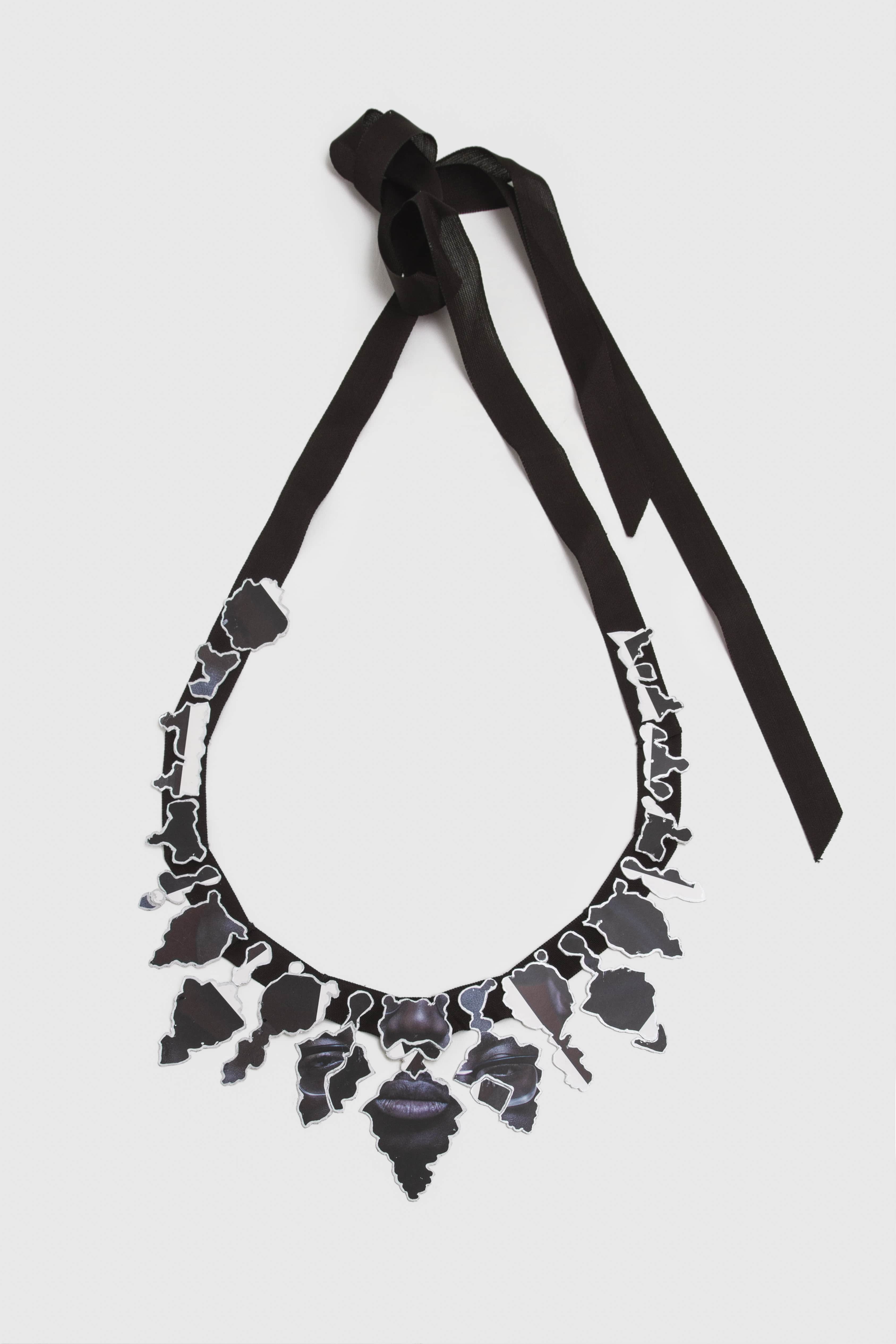 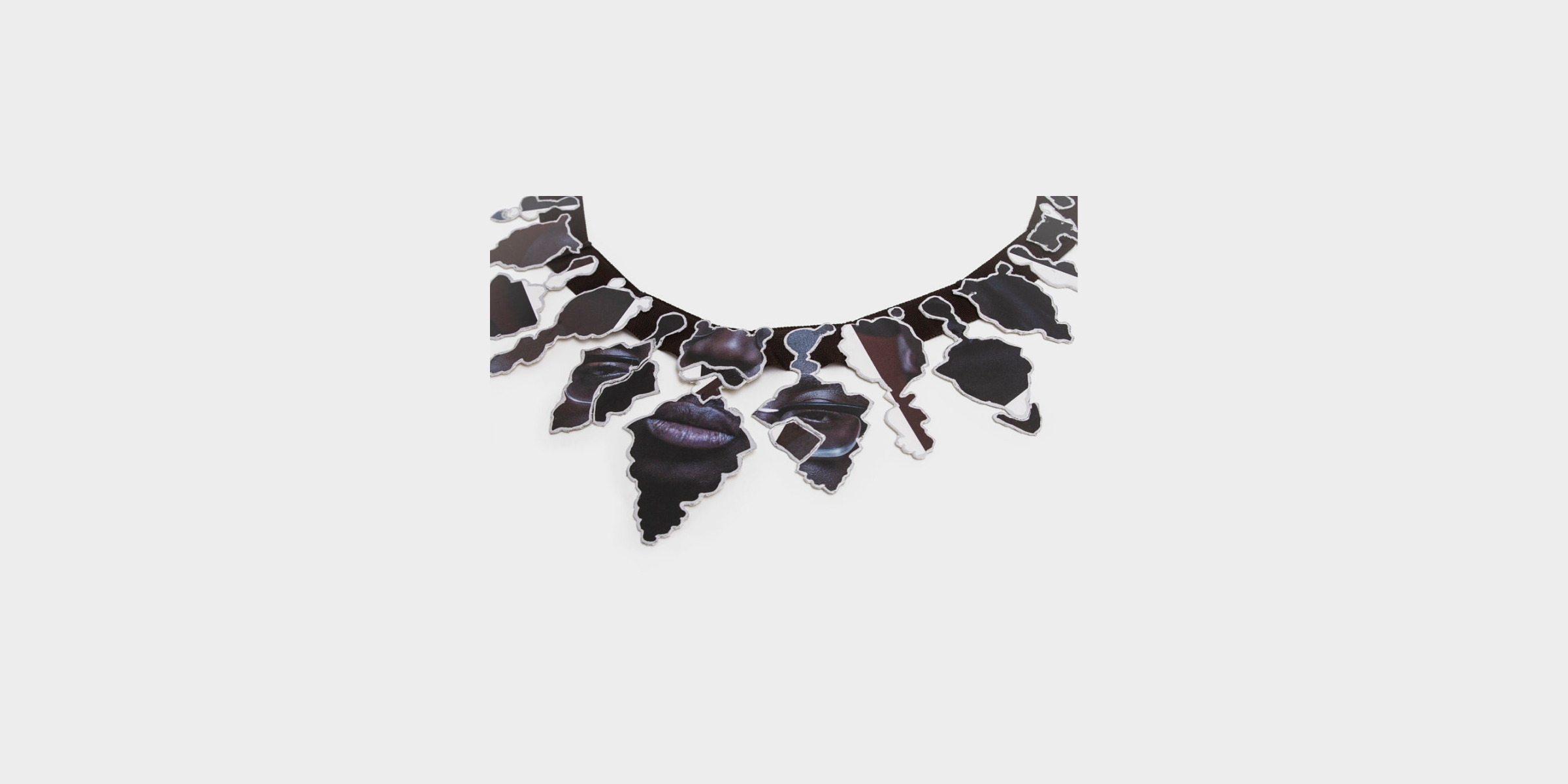